The long summernights just got a bit darker...

We're halfway through summer here in the northern hemisphere, the city bathes in the golden colours of yet another tranquil evening. Yet somehow we all know the shift has taken place, the days are again doomed to grow shorter and shorter as we once again begin the slow rush toward the dark season. Illustrating this point finely are the brand new albums we have available tonight. Music on the edge between light and darkness, between fantasy and reality, between madness and sanity. The journey continues. 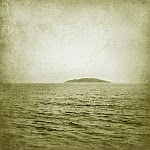 The world's oceans still jealously guard their many secrets from the prying eyes of our fledgling 21st century civilization. Brave minds remain convinced that unseen lands dwell in the cold depths of the deep waters. A few claim to have visited these places in their dreams. We were amazed to discover a portion of a dusty traveller's journal, telling of one travellers tireless pursuit in heeding the ocean's calling. We invite you to follow in the wake of this dreamlike journey. 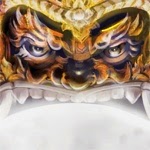 A long time coming, we have worked zealously to present this offering to the dark entity known as Rahu. A vast demigod with a strong worldly influence, Rahu's might is perhaps best illustrated in his devouring of the sun, causing the Earth to sit in his dark shadow. We have assembled this dark mantra from material both new and old, creating a deep tribute featuring several of the profile artists of gterma. Massive double album in a jewel case with 16-page booklet. 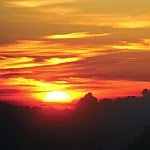 Veterans Rüdiger Gleisberg and Mathias Grassow, who have previously worked together in constellations such as KarmaCosmic and Nostalgia (together with Carsten Agthe), have come together again to create Ad Lucem, an album dedicated to the light and the hope for a better tomorrow. Six deep pieces carefully balancing on a slight penumbra between light and darkness. Comes in a jewel case with 16-page booklet.
Posted by gterma at 9:30 PM