The Path of the Shaman

In our constant search for the unknown and the treasures buried deep within the Earth's most sacred or desolate places, the tertöns working together with gterma have all scattered into the void on their respective quests. But unlike the case of Pema Lingpa, the 15th century mystic who discovered many gterma, no one has appeared before us, to set us on the correct path. In this day and age, the gods and saints rarely choose to appear before man, and we are all left to our own devices. While the search is being pursued both in the physical as well as the imaginative realm, some seek to venture beyond. Mathias is one of our best known tertöns, but perhaps not so many know of his mission to seek the deeper meaning of the world we inhabit. In this effort, the music itself is both the tool, the path and perhaps also the destination.

While the physicists are hard at work at CERN, racing tiny particles through a subterranean accelerator, while the astronomers are wrapping their heads around the understanding of dark matter and dark energy; massive concepts completely unknown to man, and while the biologists are mapping and cataloguing the human genome, Mathias instead focuses on music and sound as part of or indeed the true essence of our universe; the very fabric of spacetime and the elemental building blocks that make up you and me and every other entity we can see or feel around us.

A similar concept is found in the old Indian philosphy of Nada Yoga; according to this theory the universe is not built from matter or subatomic particles, rather through a massive web of sound vibrations. Everything resonates and as entities we are affected by music not only through external perception but just as powerfully from within, in the way that the inaudible character of the sound affects your very being.

The Aural Alchemy sessions are convieved in such a manner as to seek and explore the flow of energy that resonates within the mind both through external sound (ahata) and inner resonance (anahata). This series is Mathias's wish of expressing something new and a means of gaining a deeper understanding of the world. The music was recorded live in studio in a non-compromising and improvised way, and has not been revisited or reconstructed to retain its full potential. Mathias wishes to acknowledge the insight and direction gained from the mystic and visionary Klaus Wiese who has now journeyed beyond the boundaries of our perception.

To the Frank Herbert-fans out there, I am sorry, this is not a discussion into synthetic substances as a means of mind expansion, rather an anthroprological view of a concept discussed in several belief systems and existential philosophies around the world today. Several doctrines focus on the idea that the development of a full understanding of the world around us is not achieved through a random evolutionary path, but through insights gained from certain disciplines meant to unlock dormant abilities and ultimately grant the individual a higher consciousness of the world around him or her. The philosopy focuses on the cultivation of virtues such as patience, kindness and humility, perhaps mankind's greatest challenge at the coming end of the Information Age and the preceeding Industrial Age.

The Aural Alchemy series thus explores the realm of aural vibrations as a path to gain a deeper understanding of the world. The last blotches on the Earth may now finally have attained exact GPS coordinates but the journey of exploration must continue beyond these charts into a new Terra Incognita.

The Alchemy Sessions draw a lot of their character from the impact that Klaus Wiese has had on Mathias' work and philosophy over the years they have known each other and collaborated. The two originally met in Munich in the late 1980's during an era when Klaus studied extensively in India and would undertake yearly trips there. He followed an ascetic and sometimes taxing way of life and never spoke much about the arcanum to which he devoted his time and energy, instead allowing for the music itself to speak on his behalf. As a musician he rarely bothered with the mundane or commercial aspects of things, and chose to make his works available for those that would seek them out, a concept familiar to the search for the lost gterma that this particular label also concerns itself with.

The greater irony of it all is the fact that all of Klaus' unpublished material is believed to have been consumed by governmental bureaucracy and red tape, following his departure from our realm. As listeners we are now left to collectively carry his message within.

The sudden and untimely departure of Klaus also saw the beginning of a period of certain productivity, where Mathias carries on the tradition of unlocking the mysteries of the mind and body through musical experimentation. The music follows the school of thought that it is not only an external phenomenon but something resonating inside us as well. These musical wanderings simply explore the uncharted paths of those frequencies that make up our world through sound, and their effects on our uninhibited minds. The Alchemy Sessions are created in an ad hoc fashion where the pieces are recorded as they take place without further overdubs or editing. Material is then collated and the most powerful pieces are selected for publishing. The sound remains raw and pure at the same time. 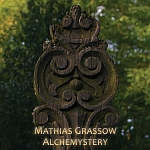 Freestyle recordings are the order of the day as Mathias treads an improvised path into the colourful and enigmatic realms of the ever present mystery that is music. Traditionalists and purists beware, these sound sculptings will challenge any drone-ambient prejudice. Double album comes in a jewelcase with a 16-page booklet. 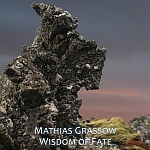 Continuing on his musical wanderings as seen on "Alchemystery", Mathias once again travels down the obscured path of the shaman. Solemn soundscaping with heavy elements of percussion and flute selected from material recorded in winter and spring of 2012. The search for the legendary springs of Mímir and Urðr has begun. Double album comes in a jewelcase with a 16-page booklet. 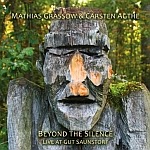 In the summer of 2012, Mathias and Carsten performed live at the Gut Saunstorf, a retreat in Northern Germany. The concert marked the end of an extended period of silence for the people attending. The recording captures two hours of raw and ritualistic music and also features some new improvisations which were recorded during the night shift at the local hotel. Double album in jewelcase with 16-page booklet.