A serenade for spring

The winter was long and cold, but with the coming of spring more and more artists seem to have awakened from their slumber. There have been a couple of interesting releases out in the past few weeks and now finally we are also able to release our own titles, which were unfortunately delayed for a couple of dark and damp winter months. Today, we welcome back the spring sun, and its gentle embrace of our worn souls. 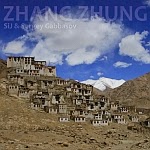 Spreading their influence across what is today known as the rooftop of the world, the ancient kingdoms of the Zhang Zhung reached into the distant valleys and plateaus of the Himalayas. A culture centered upon the holy Mount Kailash, this people followed the Bonpo tradition, living their lives in the shadows of the many fearful Bonpo deities, but also overwatched by the compassionate Lord of the Heavens. Journey together with Vladislav Sikach and Sergey Gabbasov as they restore to life the centuries old mysteries of the Zhang Zhung. Album in a jewel case with 16-page booklet. 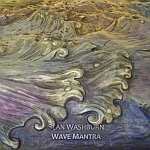 We step into the year of 2015 with a retrospective look on an album that has since become quite scarce in the marketplace. Wave Mantra was originally released by Sean himself fifteen years ago. It is best described as a sonic journey through an enigmatic and absorbing soundworld with a very rich organic flavour. A beautiful tale that we are very happy to see back in print again. This reissue has, like so many other gterma titles, also been gently remastered by Anders Peterson. Comes in a jewel case with 16-page booklet.
Posted by gterma at 11:17 PM No comments:

The Solar Ocean project went into hibernation a couple of years ago, but I got a message from Eugene the other day telling me he is back in the saddle again. Pleasant news of course, and even better when I learnt that he also released an album, Melting Morning, on Russian label Still*Sleep this February. Welcome back, Eugene!

Andras has been wandering the psychedlic path with his new Khor Ba material, available in demo form on Soundcloud for the moment.

Email ThisBlogThis!Share to TwitterShare to FacebookShare to Pinterest
Labels: Urenga

Heads up, Mathias has just released the first Bandcamp exclusive album, and a massive work at that. Wisdoom contains ten loooong tracks with over five and a half hours of dronesworks, collected from the archives if unreleased material from the more recent years. This album is available as a digital release only.
Posted by gterma at 10:51 AM