Anders Peterson, known to gterma listeners for his inspired mastering work on most of the label's releases, has just completed and released his new album under his Skyscaper alias. Awesome deep ambient techno with an experimental edge complemented by a set of remixers from well known producers in the scene. The album is manufactured in a rather small quantity and is available directly from Anders via his Ghost Sounds page.
Posted by gterma at 1:03 PM No comments:

Email ThisBlogThis!Share to TwitterShare to FacebookShare to Pinterest
Labels: A.P

News about the premature departure of Gianluigi Gasparetti, better known as Oöphoi, has saddened the ambient community today. Gigi had struggled with persistent illness and an equally aggressive treatment for a long time. Last year his studio equipment came up for sale and around the beginning of this year he started planning for some of his unreleased works to be distributed among different artists and labels. We here at gterma once again wish to thank for all the musical treasures he recorded and released on his lovely Umbra label. But for now, his journey must continue beyond the boundaries of our known horizon.

Posted by gterma at 7:14 PM No comments:

Email ThisBlogThis!Share to TwitterShare to FacebookShare to Pinterest
Labels: Oöphoi

Followers of Seetyca are hopefully aware of the long running collaborative project Sulphur done together with Etheocles Stevens. Today saw the release of the seventh part on the Russian netlabel Otium, were a couple of the previous parts can also be found. On the seventh installment the dark dronescapes meet more abrasive and stark noisy segments. As mentioned last time around, gterma strongly recommend you check out Part IV.
Posted by gterma at 1:06 AM No comments:

Email ThisBlogThis!Share to TwitterShare to FacebookShare to Pinterest
Labels: Seetyca

Alright, after an initial delay we are now shipping out the latest batch of releases. We have more in the pipeline scheduled for late May, so keep eyes and ears open. 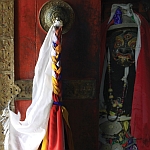 The drone tapestries of Parikrama can once again be heard as they have finally materialized here in the Manusyaloka, or our human realm again. After having seemingly phased out of our world the travellers have visited the vast continents circling Mount Meru and on their way back nearly got lost in the thick vegetation of the age old Himmaphan forest, having there encountered bizarre creatures that defy description. Seasoned gterma veterans will know what to expect. Comes in a jewelcase with 16-page booklet. 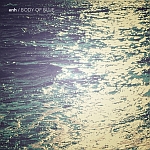 Body of Blue is a very personal form of expression signed Ian Handsley, who moved his operations into an old hotel on the Pacific coast of Japan. From there he has been able to experience the different characters of various types of weather systems forming literally upon his very doorstep. Ian's ethereal soundscapes reach into the otherworld and allow a tired mind to drift into a deep sonic ocean. Album comes in a jewelcase with a 16-page booklet. 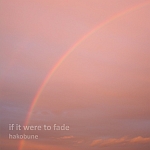 The output of Japanese drone mainstay Hakobune could best be described as both heartwarming and sombre at the same time. "If It Were To Fade" follows this tradition and captures the sensation of being lost deep inside the endless distance of a great between. Album in jewelcase with 16-page booklet.

Report: As If releases new digital EP on Biorecordings

Our Danish friend has just released an new four track EP on the Italian Biorecordings label. If you liked the previous album Faraway Trees... you'll probably be wanting to hear this. Ambient/dutbtechno/minimal. Available via the usual digital platforms, follow links from the release page on soundcloud.


AS IF - Lines From The Past Ep by Biorecordings
Posted by gterma at 2:09 PM No comments:

Email ThisBlogThis!Share to TwitterShare to FacebookShare to Pinterest
Labels: As If
Newer Posts Older Posts Home
Subscribe to: Posts (Atom)