gterma is back in operation following a metropolitan excursion which failed to dig up anything more mysterious than a garden of zen. It is time to finally make public the year's last two releases which are a pair of unusual treasures. We wish all our friends and listeners a good ending to this year and send our thoughts to those who no longer wander among us. 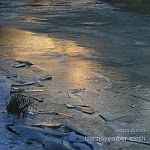 The duo Aqua Dorsa, perhaps better known under their respective names, Gianluigi Gasparetti and Enrico Coniglio, here present a very solemn yet foreboding album with dark undertones. Gigi originally composed the source material which was then expanded upon by Enrico. We've done some final editing to the material during the summer and fall of 2013. The November Earth also features a short story written by Gigi in 2012, called Sogno di Luce. Album in jewelcase with 16-page booklet. 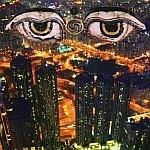 It has been some time now since we heard from everyone's favourite New Zealander. Rest assured though that all is well with David, and he is still composing new music. However, some material has been ready for release for quite some time but is held up at the publisher. Meanwhile, David sends us these new greetings from the sphere where ambient and Indian classical music converge. Dig out your Ramayana and float away on a little lotus leaf along the river of souls. Comes in a jewel case with 16-page booklet.
Posted by gterma at 5:27 PM